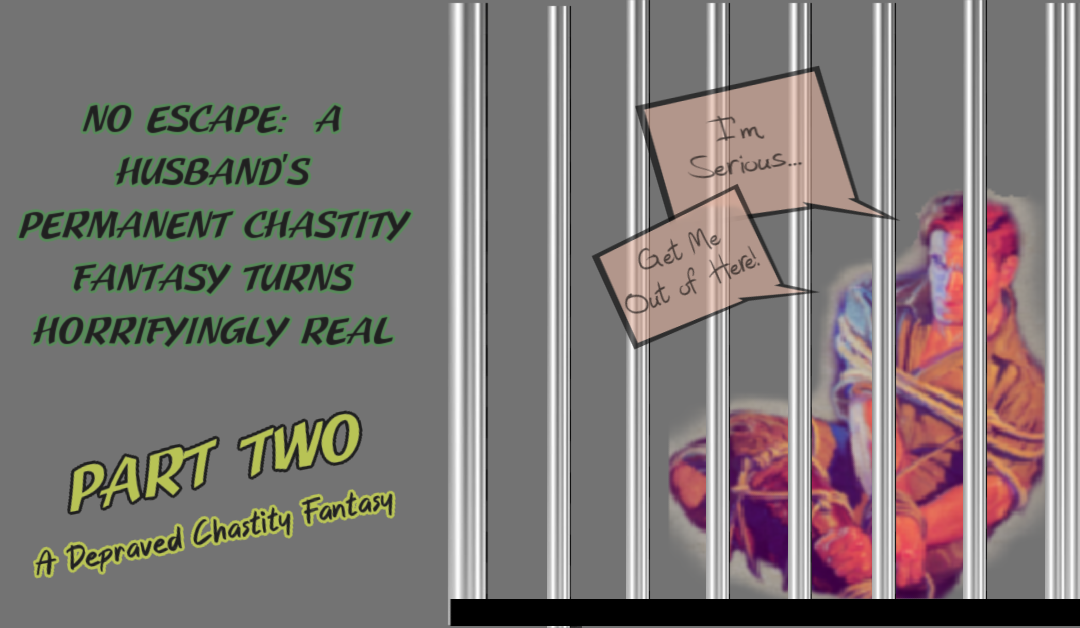 First, a little warning for everyone:  This story is pretty dark!  Just keep in mind that it’s a continuation of my Halloween escape room post.  Proceed at your own risk and happy reading!

The Next Night At The Sexy Escape Room

When we arrived, we were led to a room with three other couples.  The hostess asked for our attention and began to explain the rules and how to win the game and escape the room.  A curtain was opened that revealed a wall with four holes about crotch height.  “Are those…glory holes?” one of the men asked.  “They are indeed glory holes,” the hostess answered.

Then, without hesitation, each man picked a hole and placed his already hard cock inside.  One hole offered a woman’s warm, wet mouth that expertly sucked and deep throated the cock that it was presented with.  Another had a woman bent over and backed up to the hole.  With her hands, she delicately spread her labia indicating that only her pretty pink pussy should be penetrated.  This certainly didn’t seem like a depraved chastity fantasy.

A Depraved Chastity Fantasy – But Also Winning the Escape Room!

The women all seemed to get a little nervous and one said that she was having second thoughts.  A menacing look from the hostess quickly silenced her, though.  Then, a different door than the one they entered slowly opened.  “Men, please exit the room first, the hostess directed. They obeyed without protest and walked out into what they must have thought was a dark hallway.   But it wasn’t.  They, in fact,  walked directly into a large cage.  And into the beginning of their depraved chastity fantasy.

The door to the cage slammed shut and was locked instantly while the four women looked on from the doorway.  The men are all too shocked and confused to say anything, let alone ask questions or yell out for help.  Then, each man’s cock was blasted with a fog that immediately ended their erections and a heavy steel chastity cage was locked on by robotic arms that extended from the walls.  The arms then locked a heavy steel collar around their necks and tattooed a large bar code on their chests.

All eight of the guests listened to the hostess explain that the men would be held captive in permanent chastity and servitude for the rest of their lives.  And that they would spend the vast majority of that time restrained into special machines that are customized to keep them continuously at the closest edge possible.  This would be accomplished by penile stimulation and prostate massage by the machine.  And since this was a depraved chastity fantasy, a painful punishment would be administered if they were to get too close to going over the razor-thin edge at which they would be permanently maintained.

Hopefully, they would only find the disciplinary shocks necessary early on and would develop enough self-discipline to stay in control at all times.  Usually, a desire to reduce the painful jolts to the testicles proves more than enough motivation.  One difficulty, though, was that for productivity reasons, they would never again enjoy the pleasure of a satisfying full orgasm.  However, they would be drained once a year via a single ruined orgasm in the interest of prostate health.

They All Demanded to Be Released

The energy they would be creating would be harnessed and sold to power companies on a worldwide energy black market through the dark web.  Everything that the company did was completely untraceable and secure.  The men were still in shock but were beginning to comprehend that they were entering a horrific and twisted depraved chastity fantasy.  And, understandably, they started loudly protesting and demanding to be released.

They actually were released from the cage but were immediately dragged down the corridor to be fitted for their pleasure/torture machines.  In addition to their husband’s voices, the women could hear hundreds of other ones begging for the relief of an orgasm, pleading for their machines to stop.   And even more disturbing, the occasional zap of electricity followed by yelps of pain.

What did you think?

Well, my sexy perverts… Do you think that there is any hope for these four men?  And do you think that they will enjoy being locked into their pleasure/torture machines at all? Even a little bit?  At least one of them seems to be quite a masochist… I’d love for you to let me know your thoughts in the comments below.  And finally, be on the lookout for the third and final part of our story which will be out next week.

Confused? Not sure what’s going on here?  Don’t worry!  Just check out Part One – A Kinky Chastity Fantasy and catch up.

Read what others have said about me on my review page

Or, even better, tell everyone about our amazing time if we’ve had a call together!

Want to know what’s new here at the Empire?

Head over here to the Enchantrix Weekly to find out!