My Boyfriend Cuckolds Himself! 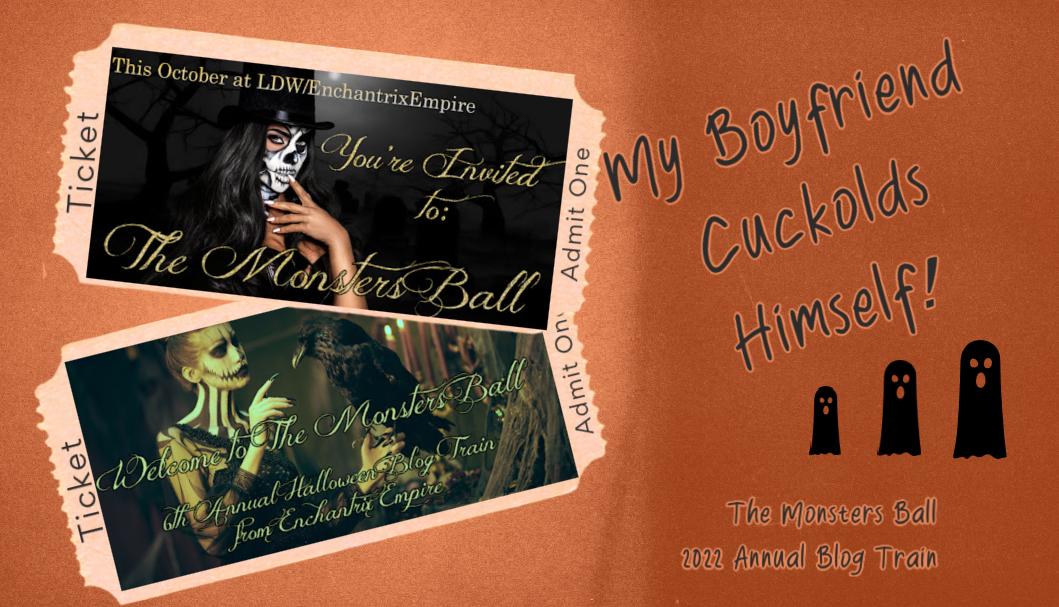 Cuckolded by a Monster

Hello, my Sexy Perverts ™ and all Blog Train Riders!  I hope you all enjoyed Mistress Cecilia’s contribution as much as I did.  Today, I have a scary and sexy tale of a sexually dissatisfied woman who finally gets the satisfaction she deserves.  It is also the story of a submissive man who is cuckolded by a monster.

I have a new boyfriend.  I met him about six weeks ago and he is one of a kind.  On paper, he is a “real catch,” as my Grandmother likes to say.  He’s got a great job, he’s very attractive, he’s well-mannered, and he clearly adores me.  What’s not to love, right?  But sadly, I don’t.

As great as he is, I find myself dissatisfied with our sex life.  It’s hard to believe, I know.  But all of that kindness and deferential treatment is not what I need in bed.  And even worse, he has a small penis.  A really small one.  About 4 inches long when it’s hard and not very big around, either.

And one other thing that just drives me crazy – he never stays the night or lets me stay over at his house.  Even after six weeks, he insists on going home or hustling me out the door.  In fact, the other night at my house, he looked at his watch at about 11:55 in a total panic.  He jumped up in the middle of a Netflix movie, dashed out the door with barely an excuse, and zoomed off in his car.

Some things I know for sure:  Midnight is a hard out for him.  And it’s obviously very important given his panic when he realized he was relaxing in my living room a few minutes before then. And I don’t think he’s cheating on a wife or serious girlfriend.  I’ve been to his house and it really could use a woman’s touch – it’s definitely a bachelor’s pad. It doesn’t seem to be work or family emergencies causing his early exits either.  I never guessed that my boyfriend being cuckolded by a monster was even a possibility.

My plan is to simply spy on him the next time he pushes me out of the house before midnight, which will be tonight. I’m not sure what to expect, but I will be glad to solve this midnight mystery.  Maybe he turns into a vampire or a werewolf at midnight.  Maybe I should consider one of those creatures as a new boyfriend – they’d probably be better lovers than my boyfriend.  I wonder how my boyfriend would feel if he was cuckolded by a Monster.

Cuckolded by a Monster: What is Wrong With My Boyfriend?

It’s now about 11:45 and as expected, my boyfriend is hustling me out the door.  He’s absently muttering something about an early morning meeting and I’m pretending to believe him.  I drive away as usual but instead of heading home, I’m going to park down the street.  And after changing into sneakers I’ll walk back up to his house.

It’s a few minutes before midnight and I’m hiding in the bushes and peering in his living room window.  He is walking around anxiously as if he is anticipating something bad happening.  And as it strikes midnight, things are definitely beginning to happen. He is still standing up but he is starting to writhe around as if he is in pain.  And he is starting to change.    He’s transforming into something totally different, right before my eyes!  But, I had no idea that my boyfriend was about to be cuckolded by a monster!

I am scared but intrigued as I watch him turn into what I can only describe as a monster.  A conversion from boyfriend to beast seems to be happening and he’s starting to look totally different.  He’s now about a foot taller than he was with a very powerful and muscular build.  And he has long dark hair and dark eyes.

I Don’t Mind at All

Finally, I notice that he is covered from head to toe in soft brown fur which I find that I don’t mind at all.  I am fascinated by his metamorphosis.  And also wildly attracted to him.  Much more than when he looked like my sweet, submissive boyfriend.

I decide to be brave and knock on his door.  After which, I hear a deep voice shout “go away!”  So, I shout back, “it’s just me and I know what you are.  Let me in – I want to talk!”  After a few very long minutes I hear heavy footsteps walking toward the door.  Then the door is unlocked and it’s opening!”  “Ok, come in, he says.”

He leads the way to the living room where we just were and tells me to sit down.  He still seems like my boyfriend – just very different.  Overall, he has changed in a good way.  Not only is he physically different, but he also exudes dominance now.  And he seems a lot more confident.  He’s still very nice to me but not in the submissive, reverential way as before.  It still did not occur to me, though, that my boyfriend would soon be cuckolded by a monster!

I’m Not Scared of You!

He sits down in a chair that is now much too small for him and starts to explain what I just observed.  He says that he is under the spell of an Enchantress who became enraged at his small penis and lack of lovemaking skills. And that he is now a monster from midnight until sunrise and that he’s too hideous and frightening for anyone to see him in his monstrous state.

“I’m trying to find a way to reverse the spell and get back to normal but I can’t find the Enchantress and I doubt she’d take it back, anyway,” he continues.  “Don’t you dare go back to your usual self!” I scream inside.  I tell him that he is far from hideous but that I understand that he might scare people if he went about his usual life in his altered state.

“But I’m not scared of you!” I exclaim.  “In fact, it’s just the opposite.   I’m wildly attracted to you – ten times more than before.  I want you so badly that I can’t even stand it,” I excitedly continue.

The Dread of “Making Love” Was Gone

The truth was that I had the urge to call him Daddy which I NEVER do.  It takes a special kind of dominant man to tame this dominant Mistress and he was it.  I was getting wet just talking to him.

Then, unexpectedly, he stands up and easily scoops me up from my chair and carries me to his bedroom.  I realized that all of the dread of him “making love to me” was gone and I just want him to fuck me all night.

He roughly undresses me and with the perfect amount of aggression he pushes me to the bed.  As he undresses, I realize that he has the biggest, hardest cock I’ve ever seen.  It’s absolutely huge and I squeal with delight!  And as he enters my very wet pussy, I immediately cancel my breakup plans.  It turns out that he is being cuckolded by a monster.  He is, in fact, cuckolding himself!

The Best of Both Worlds

It’s the next morning and I wake up a little after sunrise.  I hear my non-monster boyfriend in the kitchen making a delicious-smelling breakfast and I realize I have the best of both worlds.  A submissive boyfriend to treat me like a queen during the day and be cuckolded by a monster at night. By a sexy dominant beast who could satisfy me every time.  A monster that was himself!

As I walk into the kitchen he greets me with his usual submissive, smitten smile.  “Hey, I have tickets to the Monsters ball tonight,” I tell him.   “It’s Halloween, you know.  Appropriate, isn’t it?  We should go.  It starts at midnight and I can show you off!” I continue.  And he just replies “as you wish, Mistress.” And continues making my breakfast.

Do You Think She Made the Right Choice?

And finally, go check out our next stop on the blog: Mistress Fiona’s post about Halloween-style queening and face sitting! 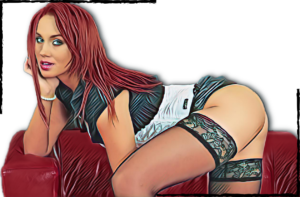