A Wet Dream About Her Mistress – A Guest Blog Post 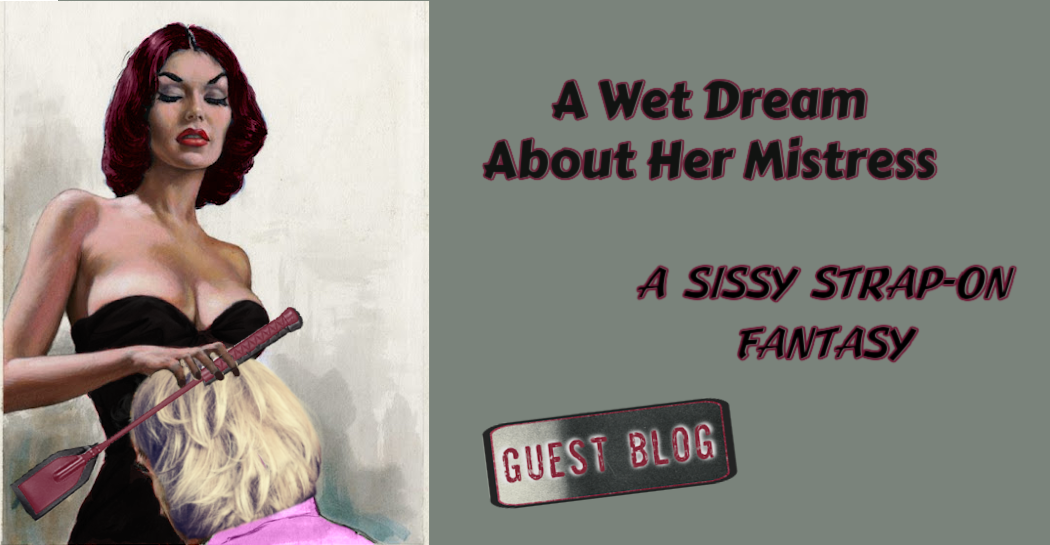 I first chatted with Tatiana a couple of months ago when she contacted me via Skype. She said she had seen my profile on Sissy School and asked me if she might “bother” me with a few questions to see if we would be compatible for a session or even ongoing training.

I quickly realized that Tatiana was already very well trained and was very well versed in most sissy-related things. She could put together a pretty outfit, walk in high heels and follow instructions. Also, at the time she was participating in Locktober and had plans for No Nut November. No wonder she found herself dreaming about sissy strap-on fantasies!

Her Manhood Had Been Stripped Away

Best of all, Tatiana told me that her manhood had been stripped away after years of training with other Mistresses through Sissy School. And she described herself as “incredibly submissive and a good student.” But, she was still in need of sissy training and humiliation with someone who is strict by nature. She had read and liked my blog and said that she thought I might be a good fit. And I agreed!

After a few sessions, I got the following excited messages from Tatiana – “Omg! Ms. Roxie, I had such a wet dream with you in it that I woke up leaking! And my aching clit is desperate for release.” I, of course, thought that was great! And so did my ego… Apparently, in Tatiana’s strap-on fantasies, I was super sexy and a total badass. And I was wearing thigh-high leather boots and carrying a riding crop. So, do you think I actually wrote a whole blog post about this dream? Of course I did!

I Asked Her to Tell Me All About It

I invited Tatiana to tell me all about it at our next session and it really was a good dream. She started off by saying that “it was an obscure dream but it felt so real. We met at a bar and the next thing I knew I woke up in a dark red room and felt a tightness around my clitty. I looked down and I was in a tight pink chastity belt!”

I jokingly commented that a dark red room sounded both sexy and creepy. And she told me to be quiet and let her finish the story. I’m joking, of course. Sissy Tatiana would never speak to a Mistress like that – especially when describing her sissy strap-on fantasies! Anyway, she said that the next thing she remembered was me, Ms. Roxie, coming out into the red room with the aforementioned leather boots and riding crop plus a black leather corset.

After getting fully dressed and locked up, I had her clean my house. Now, those are my kind of sissy strap-on fantasies! Upon completion, I called her into my room where she found me wearing a huge thick strap-on which looked to her like it was nine inches. I started by having her suck and gag on it and eventually flipped her over and started to fuck her sissy pussy. And “that’s when I woke up,” Tatiana said.

Was the Riding Crop Just a Prop?

Well, my sexy perverts… What did you think about Tatiana’s dream? It was pretty hot, huh? I think I came across as pretty badass too… And, to my knowledge, it is the first time anyone has dreamed about cleaning my house.

She is thinking about writing a blog post for me, which I think is a great idea. She’s already tossed out one idea to me – something science fiction related. Sci-Fi and sex are a great combination!

I’d love for you to leave me a comment below letting me know your thoughts. About this sissy strap-on fantasies blog post or anything else you want.

Can’t get enough? Craving more? (Of my blog) – here is a good place to start: 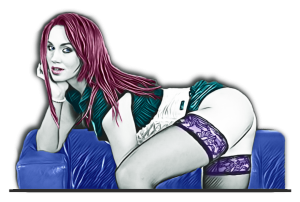